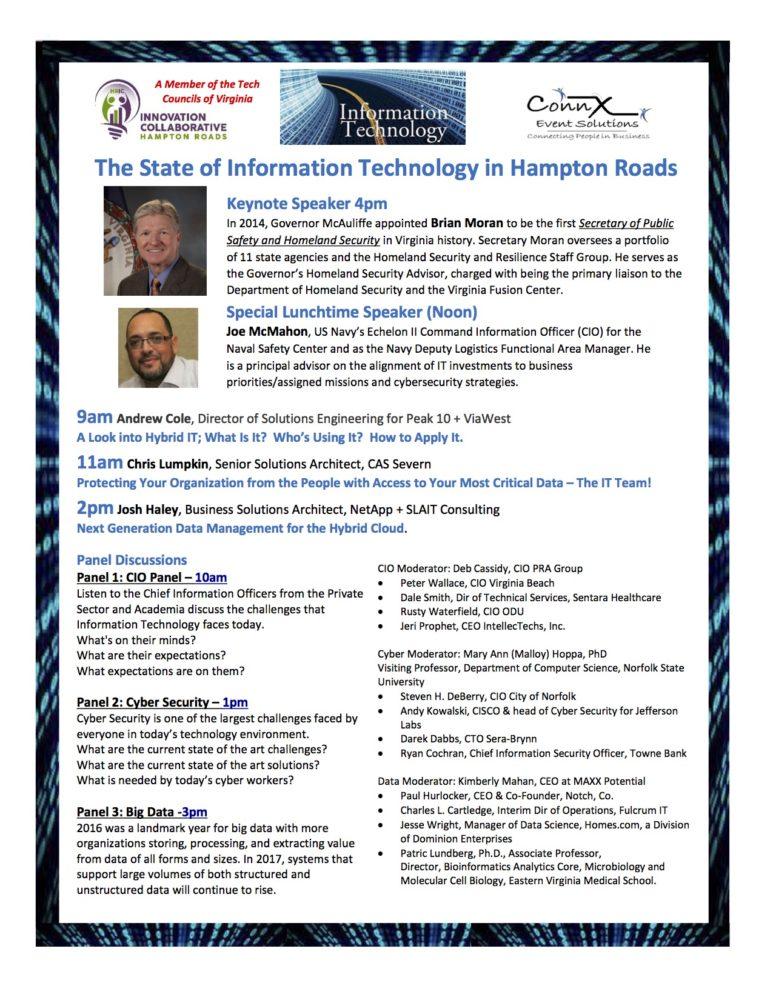 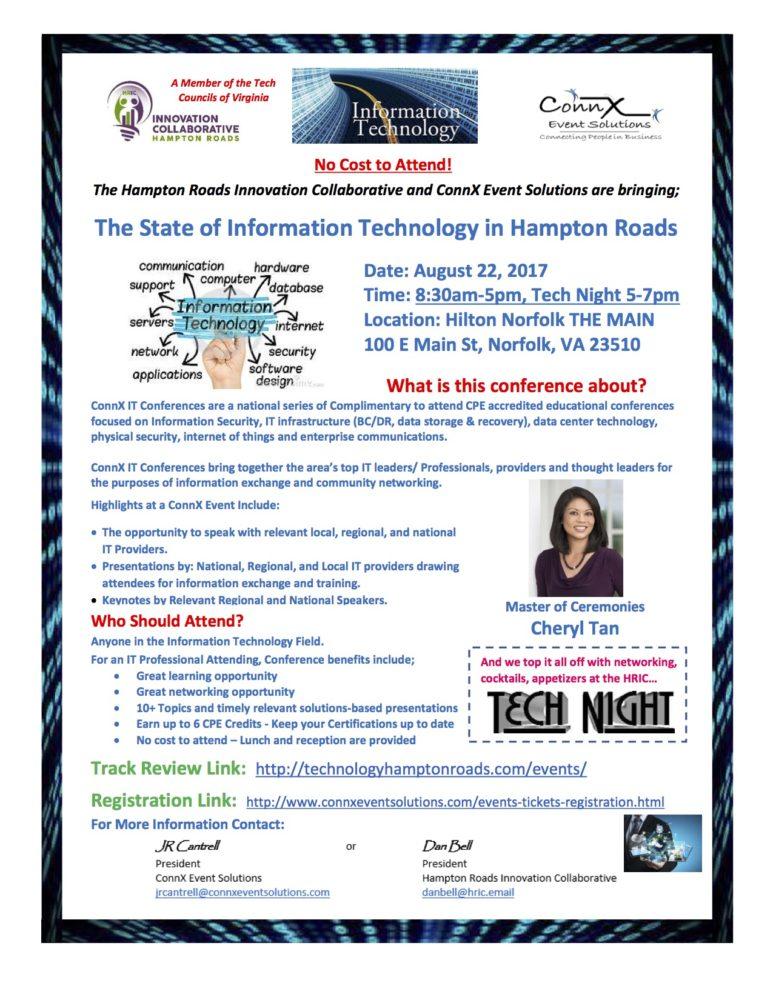 The State of Technology in Hampton Roads

Hampton Roads has long had a Technology Council Organization, and that group has gone through several evolutions over the last few years. In 2015, Technology Hampton Roads became the Hampton Roads Innovation Collaborative (HRIC). HRIC has a grand mission to create a strong environment for regional innovation and development, and support the local technical community by bringing existing groups together. They aim to do this as an organization that unites the technology community, filling the technical leadership void in the region that exists.

As part of the reformed organization, HRIC created an event to bring the region’s top IT leaders/professionals, providers, and thought-provokers together for a day of information exchange and community networking. This inaugural event was titled “The State of Technology in Hampton Roads, held on August 22nd, 2017. When Marathon Consulting learned of the opportunity, we jumped in and volunteered as one of the sponsors for the event. The day started off early and thanks to ConnX Event Solutions for booth setup, we had plenty of time to meet and greet the attendees and other sponsors. The new Hilton Main in Norfolk was the perfect venue for the new conference. The venue has great views and made it easy to have in depth technical conversations while overlooking some of the jewels of the region in downtown Norfolk and the Elizabeth River.